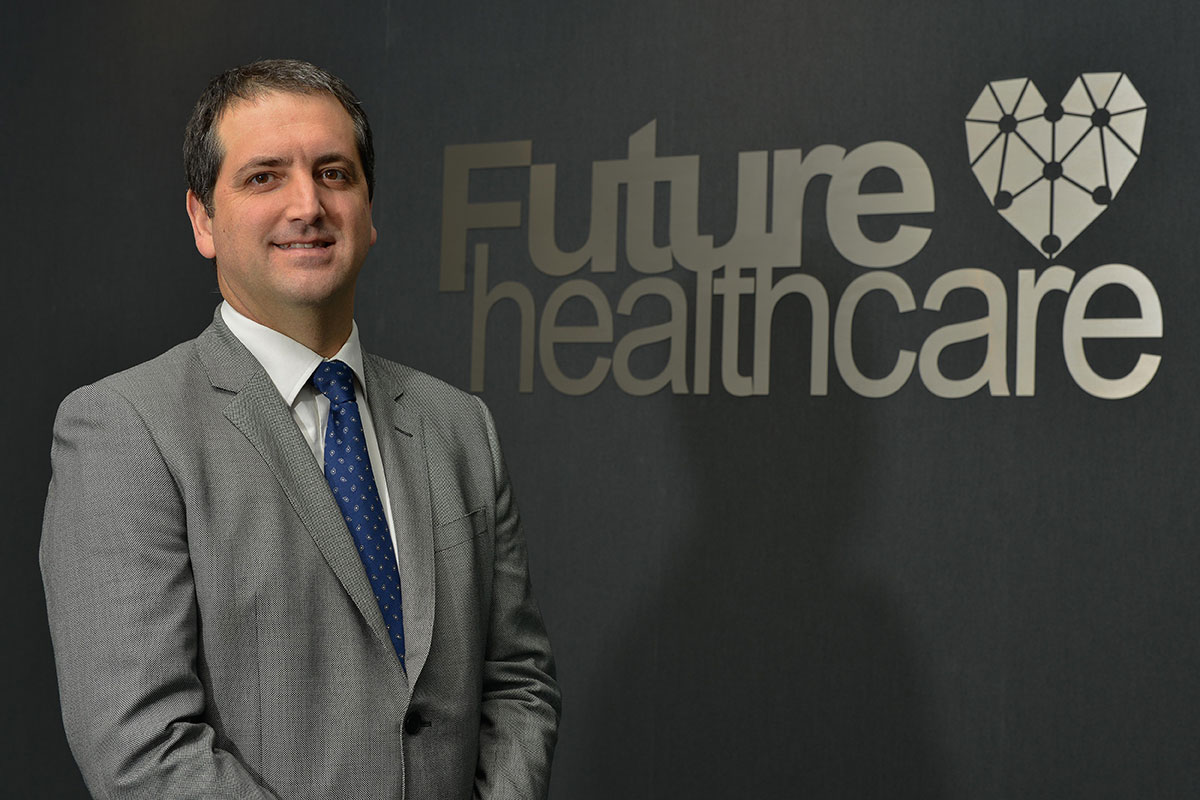 In a time when risks are becoming more and more diversified, organisations must be prepared to mitigate those risks.

The Risk Area is the area responsible for implementing a "risk culture" across the Future Healthcare (FH) Group.
In a time when risks are becoming more and more diversified, organisations must be prepared to mitigate those risks. It is impossible for any organisation to work in the absence of risk – the important thing is that it knows how to manage it and tries to do so.
To manage is to mitigate, which in turn means: to make softer, less intense. In other words, it is to minimise or soften the effect of risk.

The ideal is to do as we have already done in the FH Group, which was to transform risk into opportunity. An example of this is the FHVC, the FH Virtual Clinic, which was born with the pandemic and with a need to "virtualise" the services. At a time when a huge risk - a pandemic - hit the world, FH saw an opportunity to develop the Virtual Clinic, and in a few months it was launching its digital health unit.

If it is true that each "agent" that relates to the organization is a potential focus of risk, it is also true that, sometimes, these same agents are important "agents" of risk mitigation. In order for them to be risk mitigating agents, they must themselves be endowed with a "risk culture", always bearing in mind that risk can mean opportunity, but can also mean important losses for the organisation or even the loss of the organisation itself.

Risk management is a core process within all organisations: public, private, for-profit, or non-profit. It is fundamental to understand that there are risks that we "know well" and that are relatively well studied by risk managers, mathematicians, and economists, such as the risks inherent to the activity. In the case of personal insurance these are: mortality, disability, and morbidity risks, among others, defined in the "tables". On the other hand, there are risks that are very difficult to predict. I usually show the image below at the FH Group Risk Committees, which I believe is a good example of what I am referring to:

The fact that risks are difficult to quantify does not make them unimportant – quite the contrary. We have all been aware of risks that threaten the survival of people and organisations that, until they happened, nobody would have thought of. They are the so-called "Black Swans". This term comes out of the book of the same name by the Lebanese-American mathematician Nassim Nicholas Taleb. He defines the Black Swan as "a highly improbable event that combines three main characteristics: it is unpredictable, it produces enormous impact, and, after its occurrence, an explanation is contrived that makes it seem less random and more predictable than it actually was in reality".

An example of a Black Swan event was the terrorist attacks of September 11, 2001.

Another point that I believe is important to focus on in this reflection has to do with the perception we have of risks – although this perception may be important in risk prevention. As for the quantification of these risks, it should be done by specialists, usually mathematicians/statisticians, since it concerns the theory of probabilities based on the interval [0,1], which goes from the impossible event (probability zero) to the certain event (probability 1).

On this subject of perception and the weight it has in our lives and in the way we "imagine reality", I recommend the book "Factfulness" authored by Hans Rosling, together with his son Ola and sister-in-law Anna, who incidentally were the inventors of the bubble chart.

This book furnishes us with sometimes-disconcerting examples that the world is better than we "perceive" it to be. Of the various discussions by the authors I would just like to highlight a question asked to a group of scientists in Davos. The question was, "How many children up to 1 year old have been vaccinated in the world against any one disease?", with three options to answer: a)20%; b)50% and c) 80%. The majority of the scientists, over 80%, got the right answer wrong. This was worse than would be expected if the same question was asked of a group of chimpanzees, whose (random) answer would have a 1 in 3 probability (33%) of being correct, which just for curiosity is: c) 80%.

As a conclusion and as the final message that we want to leave to all those who are reading this reflection, the Future Healthcare Group is aware that it cannot completely eliminate risks, but it is making sure to do everything in its power to mitigate those risks.